Aim: The objective of our study was to assess the efficacy of immune checkpoint inhibitors (ICIs) on patients with non-small-cell lung cancer (NSCLC) harboring oncogenic alterations.

Methods: We retrospectively enrolled patients with advanced non-squamous NSCLC who were treated with anti-PD-1-based monotherapy or combined immunotherapy. Major characteristics including PD-L1 expression, treatment, and survival were analyzed.

Lung cancer is the most common cancer worldwide, in terms of both incidence and mortality[1]. Over the past decades, great advancements have been achieved, which are attributed to the understanding of tumor biology and the molecular mechanism of tumor progression. The use of small molecule tyrosine kinase inhibitors (TKIs) has dramatically improved the prognosis of patients with specific genomic aberrations[2-5]. However, despite the high response of TKIs, acquired resistance inevitably occurs and limits the long-term benefits[6]. Once this happens, the subsequent anti-tumor treatment is limited.

Immune checkpoint inhibitors (ICIs), specifically those targeting PD-1 or programmed death-ligand 1 (PD-L1), have rapidly transformed the treatment paradigm for non-small cell lung cancer (NSCLC). For driver-negative NSCLC, ICIs are now the cornerstone of first-line therapy[7]. However, whether ICIs alone or in combination with other therapies would bring benefit to those with driver mutations is still to be elucidated. Gainor et al.[8] reported poor response of ICI monotherapy in patients with epidermal growth factor receptor (EGFR) mutations or anaplastic lymphoma kinase (ALK) rearrangements. In the phase II ATLANTIC study, durvalumab showed activity in driver-positive NSCLC according to final OS analysis[9]. Therefore, continued research is required to explore the optimal use of ICI therapy in patients with driver mutations to improve outcomes of this cohort.

In our study, we retrospectively analyzed patients with locally advanced or metastatic non-squamous NSCLC that were treated with anti-PD-1 based mono- or combined-immunotherapy in Shanghai Pulmonary Hospital to assess the efficacy of ICIs on patients with driver-positive NSCLC. 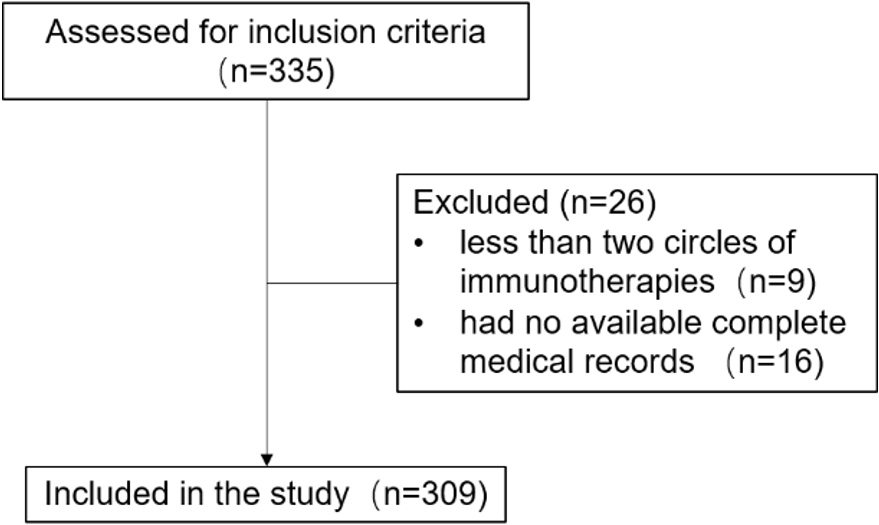 Patient characteristics are expressed as median and range for continuous variables and as frequencies and percentages for categorical variables. Progression-free survival (PFS) was measured from the date of first administration of PD-1 inhibitor treatment to disease progression or death due to any cause or last follow-up. Response Evaluation Criteria in Solid Tumors guidelines 1.1 (RECIST 1.1) was used to assess tumor response. The difference of response rate among different groups was calculated using Kruskal-Wallis test. Survival data were estimated using the Kaplan-Meier method and compared using the log-rank test in the overall cohort and subgroups. The data were analyzed using GraphPad Prism 8.0 and SPSS Statistics 20. A P value < 0.05 was considered statistically significant.

Characteristics of patients according to molecular alterations

Targeted therapies against oncogene-driven NSCLC, including EGFR[2], BRAF[10], and HER2 mutations[11] or ALK[3], ROS1[5], and RET[12] rearrangements, have been proved to improve outcomes, and they form the standard first-line treatment in patients with advanced disease. However, progression inevitably occurs, and chemotherapy is currently the main subsequent treatment after TKI resistance. Considering the remarkable long-term benefits of ICI treatments, scientists have made lots of efforts to integrate ICIs into the treatment course of patients with oncogene-driven NSCLC. Mazieres et al.[13] explored the activity of ICIs across NSCLC harboring oncogenic alterations and found driver-positive NSCLC exhibited poor response to ICI monotherapy. Hastings et al.[14] reported more favorable outcomes of exon 21 mutations compared with exon 19 deletions in NSCLC treated with immunotherapy. Until now, the results on this topic are controversial.

In EGFR-driven NSCLC, initial clinical results indicate that ICIs have no clinical benefits. Meta-analysis[15,16] of EGFR-mutated patients in Keynote 010, CheckMate 057, OAK, and POPLAR studies showed ICIs have poorer outcomes in cohorts with EGFR mutations compared to chemotherapy. We found similar findings in our research that patients with EGFR mutations had poor response to ICIs. This may be explained by the immunosuppressive and uninflamed tumor microenvironment (TME) and low tumor mutational burden (TMB), therefore being less immunogenic in the context of oncogenic addiction[17,18]. Besides the effect of oncogene mutation on TME, studies have shown that EGFR TKIs, chemotherapy, and antiangiogenic therapy also influence the TME. EGFR TKIs could increase infiltration of CD8+ T cells, dendritic cells, and M1 TAMs and inhibit regulatory T cells infiltration[19]. Bevacizumab, an antiangiogenic therapy, has been observed in melanoma to increase circulating CD8+ T cells and interleukin-6 levels so as to change the TME in combination with chemotherapy[20]. Therefore, the use of ICI-based combined therapy as post-line treatment after TKI resistance may be more effective. In the IMpower150 study, we did see prolonged PFS and OS in the ABCP (atezolizumab, bevacizumab, carboplatin, and paclitaxel) group compared with the BCP (bevacizumab, carboplatin, and paclitaxel) group in patients with EGFR-driven NSCLC[21]. In our study, we also found ICI combined therapy was correlated with better outcome than ICI monotherapy in EGFR-driven NSCLC patients.

In our study, we did not find any correlation between KRAS mutation and better survival, which is inconsistent with previous studies. This may be explained by the heterogeneity of KRAS-mutant NSCLC. KRAS mutation subtypes include G12C, G12D, G12V, G12A, and G13D, among others, and different KRAS mutations can activate distinct signaling pathways, leading to different downstream effects, which may result in different response to therapies[22]. Besides, KRAS mutation is always accompanied by different patterns of co-occurring mutations, which display different immune profiles and show varying sensitivities to ICIs. In KRAS-TP53 co-mutated tumors, increased expression of PD-L1, higher TMB, and a remarkable clinical benefit of ICIs was observed[23,24]. Conversely, KRAS-STK11 has always been associated with poor clinical response to ICIs[24,25]. Further studies are needed to differentiate patients suitable for different treatment options.

HER2 mutations have been reported in approximately 2%-5% of lung adenocarcinomas[26,27] and correlated with poor prognosis[27]. The efficacy of ICIs in HER2-mutant NSCLC is ambiguous. Guisier et al.[28] reported 23 patients harboring HER2 mutation treated with ICI monotherapy who had a response rate of 27%, which is close to that observed in unselected patients with NSCLC. Mazieres et al.[13] reported an ORR of 7% and a median PFS of 2.5 months in 29 patients with HER2 mutation NSCLC treated with ICI monotherapy. In our study, ICI-based therapy displayed certain curative effect with 16.67% ORR, 91.7% DCR, and PFS of 7.8 months (range 1-26.9 months). For other rare driver mutations, the efficacy of ICIs on patients with ROS1 rearrangements or EGFR Exon20 insertion was rarely reported. In our study, three patients with ROS1 rearrangements had response of PR and durable PFS of 16.0, 34.2, and 45.0 months. Seven patients with EGFR Exon20 insertion had PFS of 9 months (range 2.2-20.1 months), ORR was 28.6%, and DCR was 85.7%. Therefore, ICI-based therapy may provide choices for these patients. As to BRAF, RET, and ALK, which represent a small subgroup of NSCLC, because of the limited number of patients, we could not draw a conclusion.

ICI-based combined therapy can bring benefit to patients with EGFR-mutant NSCLC. ICIs, especially ICI-based combination therapy, should not be excluded for patients with ROS1 rearrangement, HER2 mutation, and EGFR Exon20 insertion NSCLC. To achieve maximum benefit for these patients, better predictive biomarkers to select patients and combination modes of therapies should be explored.

Made substantial contributions to conception and design of the study and performed data analysis and interpretation: Wu F, Zhang H, Guo X

The studies involving human participants were reviewed and approved by The Committee on Medical Ethics of Shanghai Pulmonary Hospital and written informed consent was obtained from all patients. 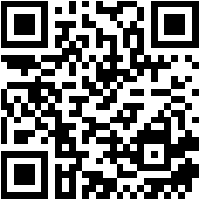