Overcoming acquired chemo-resistance to gemcitabine: implications from the perspective of multi-modal therapy including surgery for pancreatic cancer

Gemcitabine has been used as a key drug for the treatment of pancreatic ductal adenocarcinoma. Although surgery remains the mainstay for cure of this lethal disease, the effect is quite limited, even for resectable disease, if there is no collaboration with chemotherapy. In the cases with unresectable disease, conversion surgery after a favorable response to chemotherapy might show encouraging results. Potentiation of chemotherapeutic agent is urgently needed in almost all stages of pancreatic cancer. Further efforts must be paid on overcoming chemo-resistance by understanding tumor diversity and developing biomarkers that follow recent success of modified conventional agents by drug delivery technology.

Saiki et al.[1] successfully described a fine, exciting, and comprehensive review about gemcitabine metabolism from the perspective of overcoming acquired chemo-resistance in cancer cells, which was published in Cancer Drug Resistance. Gemcitabine has been widely used as a key drug for the treatment of pancreatic ductal adenocarcinoma (PDAC), which is globally one of the most lethal diseases with an extremely low survival rate, as they mentioned in their manuscript[1]. Although PDAC is known to be a chemo-resistant cancer with a low response rate to several conventional agents, recent advances in drug delivery technology have shown that improved delivery of conventional anti-cancer agents, such as paclitaxel (modified to Nab-Paclitaxel[2]) or irinotecan (modified to Nanoliposomal irinotecan[3]) significantly increased their clinical efficacy in cancer treatment[2,3]. Although gemcitabine is an effective agent, further improvement in its activity to obtain the similar success as with the above drugs, might be achieved, as the authors precisely described in their review[1]. This commentary is aimed to clarify the implication of overcoming chemo-resistance in PDAC treatment from the perspective of multi-modal therapy including surgery to improve the survival outcome of the lethal disease.

Although the mainstay of treatment that provides the only chance for cure of PDAC is curative surgery, the effect of surgery alone on survival is quite limited, as was unfortunately confirmed by the discouraging results of several randomized control trials evaluating the effect of extended resection[4]. The fact that most patients with PDAC after curative resection experience early distant relapse[5] indicates that there might be occult micro-metastases outside the surgical field at the time of surgery. Even with curative surgery for resectable PDAC, the serum tumor marker carbohydrate antigen 19-9 (CA19-9), often shows sustained elevation after resection, followed by metastatic relapse in the liver (outside of the planned surgical field)[6,7]. To improve survival outcomes, surgical resection of the primary tumor load should be planned, taking appropriate measures to reduce micrometastases. Combining effective systemic chemotherapy and surgery, including the concepts of adjuvant and neoadjuvant therapy, has improved the survival outcomes of surgery for PDAC[8]. Since several solid studies support the significant survival benefit of adjuvant chemotherapy, adjuvant treatment has become the gold standard for patients with curatively resected PDAC[9-12]. Recently, the Prep-02/JSAP05 study[13] revealed that neoadjuvant chemotherapy provided significant survival benefit and prolonged survival compared to upfront surgery, which has until recently been the gold standard approach for resectable PDAC[14]. Pooled analysis of randomized control trials also revealed the significantly longer disease-free survival and higher R0 resection rate obtained by neoadjuvant intervention[15]. Moreover, even in cases with unresectable PDAC at the initial diagnosis, conversion surgery after a favorable response to chemotherapy showed encouraging results[16]. Total neoadjuvant therapy, which consists of long-term multi-drug systemic chemotherapy and radiotherapy followed by surgery, also demonstrated impressive survival outcomes for locally advanced unresectable PDAC[17]. The progress of a multidisciplinary treatment strategy including surgery for PDAC relies on the recent advances in systemic chemotherapy for PDAC. Even in PDAC cases with a poor prognosis[17,18], development of key new drugs, as suggested by , might overcome the dismal prognosis by improving both chemotherapy and multidisciplinary strategies including surgery. Further efforts to improve the efficacy of chemotherapeutic agents are essentially needed to confirm the progress of the strategy. Recent advances in the understanding of tumor heterogeneity by gene-expression profiling might uncover principles with clinical implications, finding a key to improve the outcome[19]. Establishment of potential biomarkers for drug activity is also important to benefit specific treatment especially in PDAC with gemcitabine[20].

Overall, I greatly appreciate this work by Saiki et al.[1] and agree that further studies are needed for gemcitabine-based treatment to be included in personalized medicine tailored for numerous molecular therapeutic targets in multiple pathogenic pathways.

The author contributed solely to the article.

This work was supported in part by JSPS KAKENHI Grant Number 19K09209.

The author declared that there are no conflicts of interest. 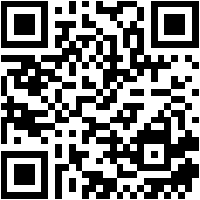