Aim: Circular RNAs are widely and abnormally expressed in human cancer cells, and they participate in cancer progression. However, they have rarely been investigated in the immune evasion of non-small cell lung cancer (NSCLC). Here, we elucidated the function and molecular mechanism of hsa_circ_0020714 in promoting the resistance to anti-PD-1 immunotherapy of NSCLC.

Conclusion: Hsa_circ_0020714 induces the immune evasion and resistance to anti-PD-1 immunotherapy of NSCLC via the miR-30a-5p/SOX4 axis, and may be an promising immunotherapeutic target in NSCLC.

Advanced non-small cell lung cancer (NSCLC) with a negative driver gene has a high tendency for distance metastatic and resistance to chemotherapy[1,2]. Recent evidence suggests a critical role for anti-programmed death-1 (anti-PD-1) immunotherapy in driver gene negative NSCLC. Although anti-PD-1 immunotherapy has improved the prognosis of patients with advanced NSCLC, a larger proportion of patients still did not respond to anti-PD-1 therapy due to primary or secondary resistance and failed to demonstrate clinically effective responses[3,4]. Therefore, further investigation is necessary to clarify the molecular mechanisms involved in NSCLC immune evasion and develop new immunotherapeutic approaches for patients with NSCLC.

Circular RNAs (circRNAs) are recently a class of novel non-coding RNAs (ncRNAs) with circular configurations and have attracted much attention[5,6]. With the rapid development of RNA sequencing (RNA-Seq) technology, circRNAs have been confirmed to be dysregulated frequently in most cancers, and to play critical regulatory roles in the process of tumorigenesis and progression[7]. Several dysregulated circRNAs have been reported to be involved in NSCLC cell proliferation, invasion, migration, immune evasion, and chemotherapy resistance, for example circFGFR1[8], circNDUFB2[9], and circMET[10]. SOX4 is a member of the SOX (Sry-related high-mobility group box) transcription factor family[11]. The SOX4 gene is frequently amplified and overexpressed in most malignancy tumors. Evidence increasingly demonstrates that SOX4 act as an oncogene in several cancer progression[12]. Bagati et al.[13] reported that increased expression of SOX4 induced immune evasion and promoted resistance to anti-PD-1 immunotherapy in triple-negative breast cancer.

We obtained NSCLC tissues and matched adjacent non-tumoral tissues from patients who underwent surgery at the Zhongshan Hospital of Fudan University and Second Affiliated Hospital of Nanchang University. The tissues from NSCLC patients were counterstained with hematoxylin and eosin and were confirmed independently by two independent pathologists. All patients or their guardians gave written informed consent for the use of their samples before collection. This study received approval from the Ethical Review Committee of the Zhongshan Hospital of Fudan University. 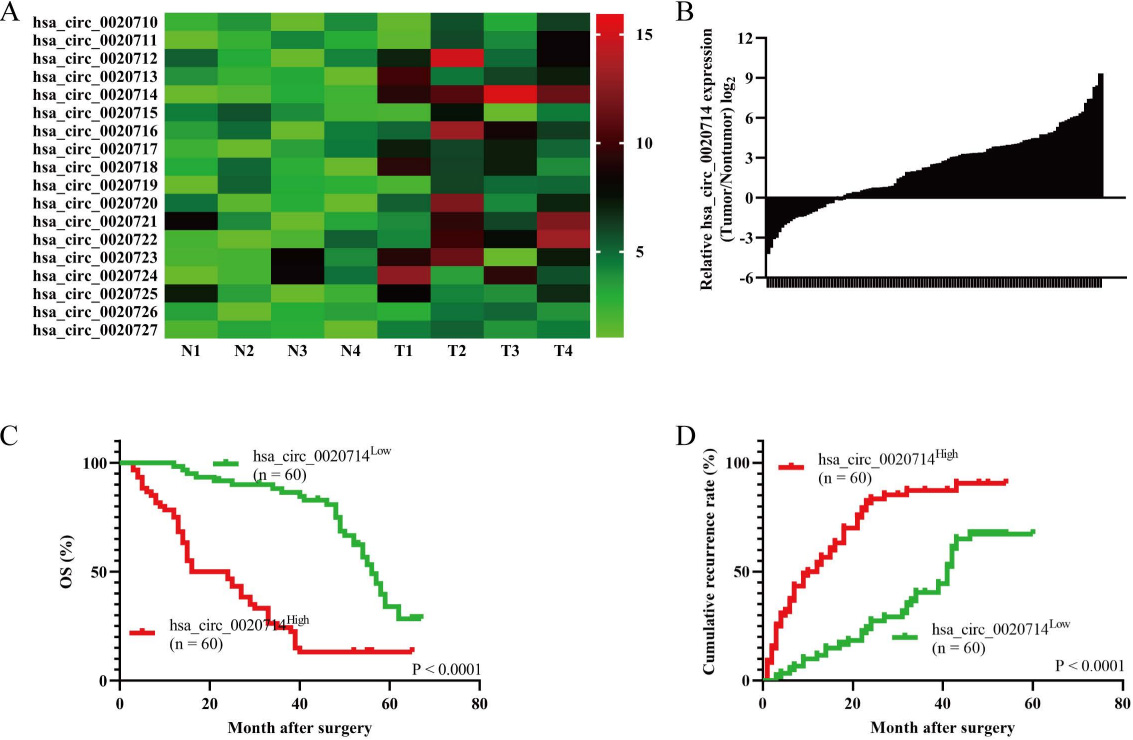 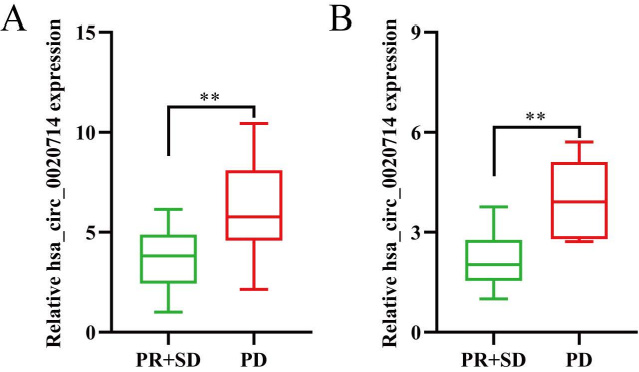 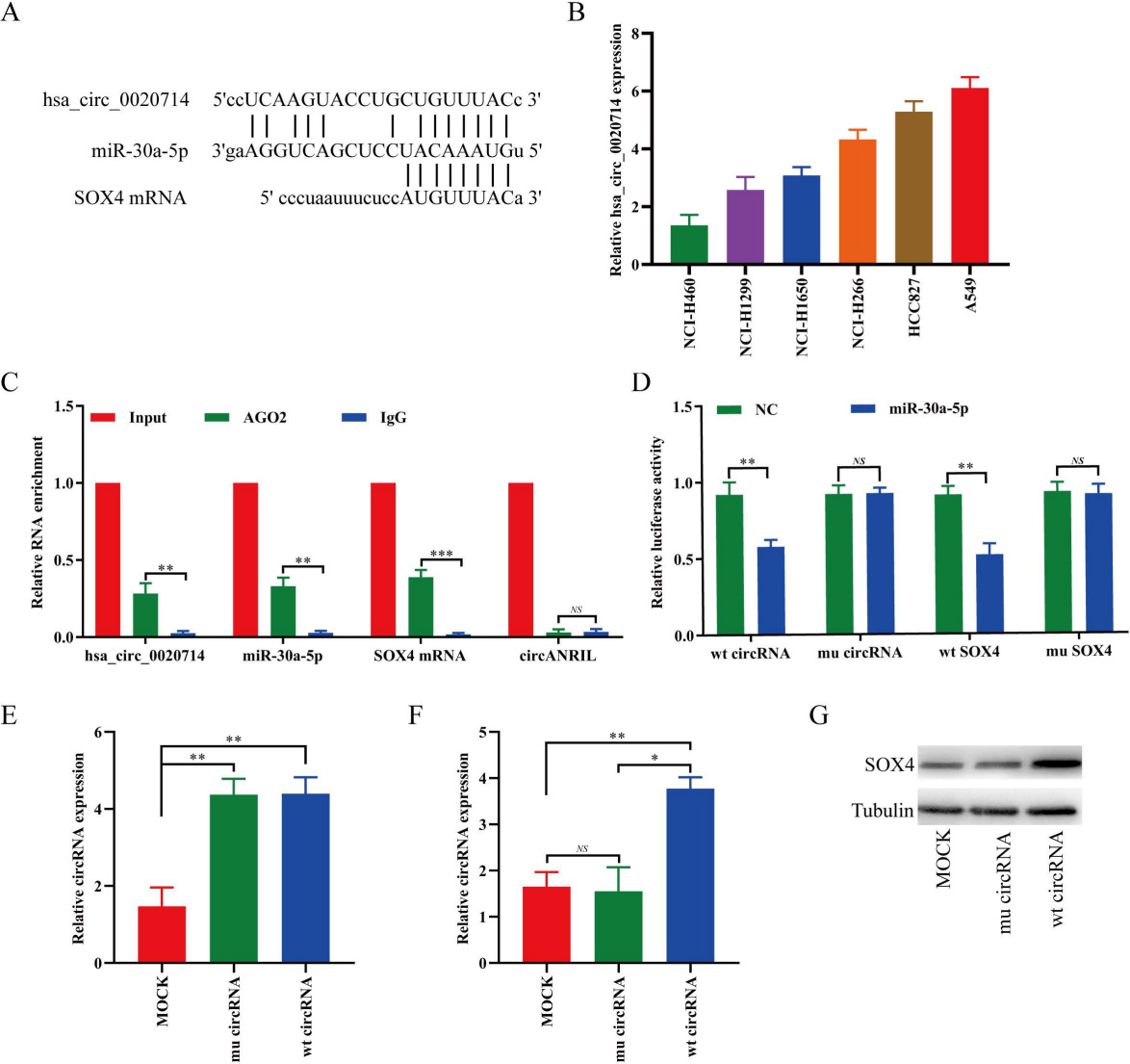 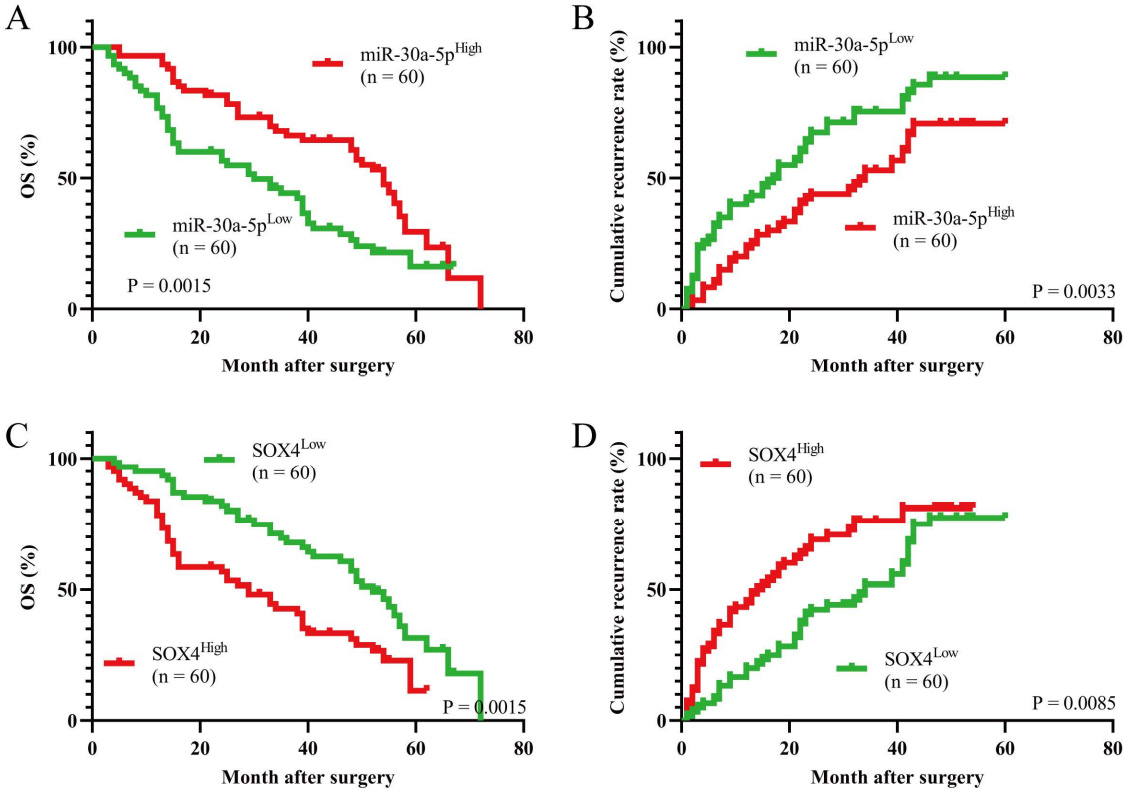 Figure 6. Hsa_circ_0020714 promotes non-small cell lung cancer (NSCLC) resistance to resistance to anti-PD-1 immunotherapy in NSCLC patients. (A) Putative miR-30a-5p binding sites to mouse Sox4 were predicated via StarBase v3.0. (B) The luciferase activity of wild type (wt) or mutant (mu) pLG3-Sox4 mRNA 3′-UTR in the HEK-293T cells after cotransfected with miR-30a-5p. (C) Sox4 expression in the wild type or mutant hsa_circ_0020714-overexpressing cells was detected by western blot. (D) LLC cells with mutant or wild type hsa_circ_0020714-overexpressing were subcutaneously injected into 4-week-old C57BL/6 mice. When tumors had reached a mean volume of 100 mm3, the mice were treated with an IgG or PD-1 antibody. The data are presented as the mean tumor volume (n = 6). (E) The data are expressed as the percentage of tumor growth inhibition (the data are presented as the mean ± SD). (F) The survival curves of the mouse lung xenograft tumors formed by mutant or wild type hsa_circ_0020714-overexpressing cells and treated with a mouse antibody against mouse PD-1. ***P < 0.001, *P < 0.05. NS: Not significant.

CircRNAs belong to a novel class of important ncRNAs involved in regulating various pathological and physiological processes. In recent years, they have attracted numerous research attention. Mounting evidence shows that dysregulated expression of circRNAs play a critical role in NSCLC progression and immune evasion[8,10]. In previous study, we proved that circMET overexpression can promote cancer cell proliferation, metastasis, and immune evasion in NSCLC[10]. In addition, we found that forced circFGFR1 expression promoted NSCLC progression and resistance to anti-PD-1 by sponging miR-381-3p[8]. In this study, we found that hsa_circ_0020714 was a critical oncogene that participates in immune evasion of NSCLC.

SOX4 is a member of the SOX family of transcription factors. Upregulated SOX4 expression participates in cancer progression, including proliferation, invasion, and migration[11]. In recent years, increasingly evidence has confirmed that the expression of SOX4 was regulated by a large class of ncRNA[20-22]. Our study identified SOX4 as a downstream important molecular of hsa_circ_0020714/miR-30a-5p axis in NSCLC cells. Recently, Bagati et al.[13] found that forced SOX4 expression inhibits T cell-mediated anti-tumor immunity in triple-negative breast cancer. Furthermore, PD-1 blockade was verified to efficiently promote proliferation and expansion of CD8+ T cells in cancer model[23]. Over the past years, cancer immunotherapies have been demonstrated effectively therapeutic effect for some patients by blocking immune checkpoint receptors on T cells, restoring T cell-mediated cytotoxicity and recruiting more T cells into the tumor environment[24]. Here, our results also indicated that hsa_circ_0020714 could sponge miR-30a-5p to upregulate SOX4 expression in the NSCLC cells, thereby promoting NSCLC immune evasion and resistance to anti-PD-1 immunotherapy.

Taken together, our results demonstrate that hsa_circ_0020714 expression is upregulated in NSCLC tissues compared with the paired adjacent nontumor tissues. Mechanistically, hsa_circ_0020714 induces the immune evasion of NSCLC cells via sponging miR-30a-5p to upregulate SOX4 expression, which has been confirmed acted as a oncogene in several malignant tumors, including NSCLC. Therefore, blocking the hsa_circ_0020714/miR-30a-5p/SOX4-related pathway may effectively reverse resistance to anti-PD-1-based immunotherapy in NSCLC.

All authors read and approved the final manuscript.

All data generated or analyzed in this study are included in this article. 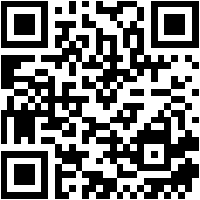