© The Author(s) 2020. Open Access This article is licensed under a Creative Commons Attribution 4.0 International License (https://creativecommons.org/licenses/by/4.0/), which permits unrestricted use, sharing, adaptation, distribution and reproduction in any medium or format, for any purpose, even commercially, as long as you give appropriate credit to the original author(s) and the source, provide a link to the Creative Commons license, and indicate if changes were made.

Some cancer patients are inherently resistant to specific therapy because of their genetic makeup (de novo cancer drug resistance) while other cancer patients initially respond to therapy, but eventually develop resistance with continued administration (acquired cancer drug resistance)[1]. A good understanding of cancer drug resistance is critical to the efficient management of cancer patients in the clinics. Epigenetic events have a profound effect on the onset as well as progression of human cancers[2,3]. Methylation and acetylation are two well-studied epigenetic events that are known to profoundly affect the expression of genes, resulting in activation of oncogenes and/or suppression of tumor suppressor genes, leading to development of cancer drug resistance. DNA methylation, histone modifications (methylation, acetylation, phosphorylation, ubiquitylation, sumoylation, etc.), and regulation through microRNAs (miRNAs) are some of the active areas of cancer research, encompassing the epigenetic regulation (see the Special Issue on: Non-coding RNAs in Response and Resistance to Therapy in Cancer).

Ovarian cancer is the most lethal gynecological cancer, with a reported epigenetic basis of drug resistance[8]. Platinum-based anticancer drugs are commonly used to treat ovarian cancer but the tumors often progress within the first two years of treatment. Schwarzenbach and Gahan[9] discussed the epigenetic signatures, such as DNA methylation, histone modifications, and miRNA deregulation, in cis- or carboplatin resistant ovarian cancers. Such knowledge can help identify patients who will respond favorably to platinum-based therapies vs. those who will not. This is a step towards personalized medicine in cancer, a concept that is increasingly attracting the attention of cancer researchers[10-12]. Breast cancer is another cancer that is frequently diagnosed in females and which remains a leading cause of cancer-related deaths in females worldwide. Among the many mechanisms, epithelial-to-mesenchymal transition (EMT) and the acquisition of cancer stem-like phenotype provide plasticity to breast cancer cells, rendering these cells highly invasive, metastatic, and resistant to therapies. The article by Ponnusamy et al.[13] provides a better understanding of epigenetic modifications underpinning the cellular reprogramming, particularly the EMT and stem cell phenotype. Such knowledge is essential to design future therapies to overcome cancer drug resistance. On a similar topic, the research article by Seno et al.[14] describes the cytotoxic action of daunorubicin, a topoisomerase II inhibitor, against mouse induced pluripotent stem cells-derived cancer stem cells.

The relevance of epigenetic events is not limited to solid tumors. In acute lymphoblastic leukemia, a common childhood malignancy, there is an increasing realization that genetic changes are not enough to describe the observed chemoresistance and the resulting relapse. As a result, researchers have started looking at the epigenetic changes as a possible answer to this problem[15] and this is the topic of discussion in the article by Meyer et al.[16]. Further, a cell organelle that is relatively less studied in the context of epigenetic regulation of drug resistance is the centrosome. The centrosome plays a very important role during cell division, ensuring proper distribution of cellular components among daughter cells. Any aberrant functioning of centrosomes, through epigenetic events, can compromise the integrity of cells, resulting in genetic instability. The article by Jia et al.[17] touches upon this important topic of understanding epigenetic changes in the centrosome as relevant to cancer drug resistance.

The focus on immune cells-cancer cells interactions and the reprograming of cancer cells enabling evasion of host immune system over the past several years has brought cancer immunology to the forefront of cancer research[18]. In particular, immune checkpoints block the ability of the immune system to act on cancer cells. Thus, immune checkpoint inhibitors have been evaluated to boost up the immune system and potentiate T-cells to recognize and attack tumor cells. As seen in almost all anti-cancer therapies, resistance against immune checkpoint inhibitors has also been reported. Peixoto et al.[19] described the epigenetic modifications that underline the resistance against immunotherapy.

Although methylation and acetylation are classical epigenetic events, regulation through miRNAs is also considered an example of epigenetic modification. Further, because of the importance of miRNAs in the regulation of several physiological processes, their expression is itself tightly controlled, often through epigenetic regulation[20-22], thus making miRNAs an important part of cellular epigenetic machinery. The article by Biersack[23] touches upon the role of miRNAs in resistance to alkylating anticancer agents, with a focus on both natural and synthetic alkylating agents and their interactions with miRNAs.

Drafted and proof-read the article: Aziz MH, Ahmad A 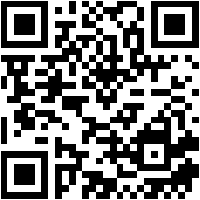